As though being in school for 6 hrs 5 days a week plus homework on the weekends wasn’t bad enough, someone said to themselves “Hey, how can we make this experience 10x worse?!” and thus exams were born.

Everyone says exams aren’t the end of the world, but imagine if they were…

In Sarah Govett’s dystopian world of ‘The Territory’, all 15 year olds are forced to take the daunting TAA exam. Success means staying safe in the Territory, but failure means being shipped off to the disease-ridden Wetlands, to a life of misery and certain death. Would you survive it?

Our hero Noa is desperate to stay with her family and childhood friend Jack, and studies harder than anyone in a desperate attempt to stay. But the deck is stacked against Noa. She has to compete against the ‘Freakoids’,  genetically engineered children of the super-rich who are able to download information at will. Talk about pressure!

You definitely need to grab yourself a copy if you haven’t already though. Whilst you’re book buying, here are six more that deal with the stress of exams and the pressure to succeed in brilliant ways:

Frances is a studying machine with one goal in mind: get into an elite university. But when she meets Aled, the shy genius who runs her favourite podcast, Frances’ world is flooded with new possibilities. Frances has to reflect on what makes her who she is: is it being the smart girl going to university, or is it something more?

Alice portrays all the emotions around exams so well: obsession, guilt, angst, despair. And she would certainly know, having written this and her previous novels while at university!

‘The Jewel’ by Amy Ewing

The Jewel means wealth, beauty and luxury for many. But for Violet it means life of servitude as a surrogate, carrying a baby for a woman she hates. In preparation to become a surrogate, Violet is brought up in a compound where she is taught to use her mysterious abilities over nature known as Augries. The better she is at the Augries, the higher she’ll sell at auction. But every time Violet uses her ability, she is hit by pain so intense it causes internal bleeding. Talk about high stakes! And that’s only the tip of the iceberg. When Violet is eventually sold at auction, she enters the royal world of deceit, politics and backstabbing. And while she tries to stay alive, she has to fight her growing attraction to Ash, a companion who she is forbidden to speak to.

At the start of Girl Online: On Tour, Penny speaks the absolute truth about exams:

‘It should officially be illegal for exam rooms to have a view of the sea. How is it fair that we’re stuck inside, fingers cramping from gripping a pen for two hours straight, while outside the light is dancing on the waves and it looks so bright and comforting?

Then when she hears the examiners say pens down, she has a mild freak out over daydreaming so much. She feels sick, her palms are sweaty and she runs over all her answers over and over in her head. We’ve been there Penny! 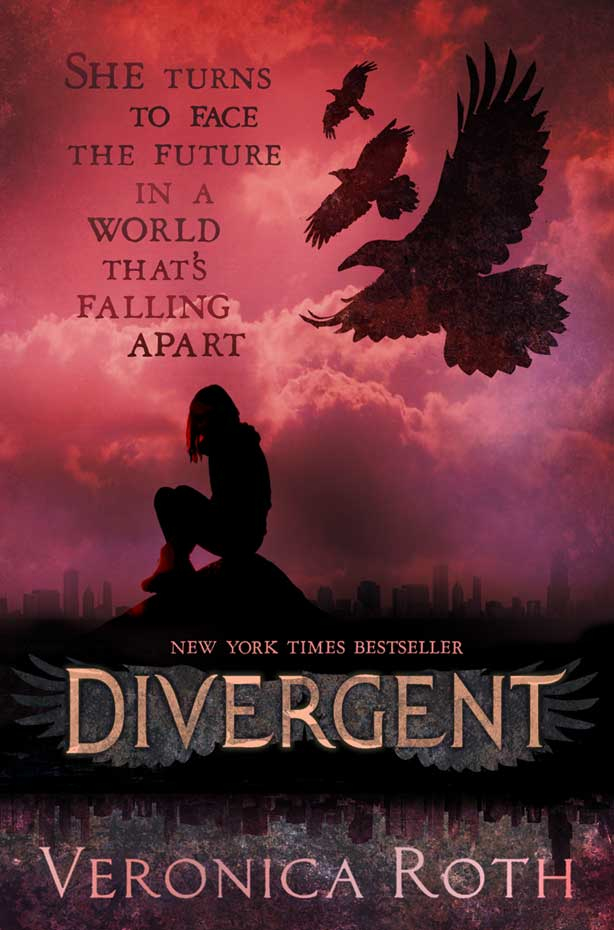 The ‘Divergent’ series by Veronica Roth

Poor Tris – she has so many hoops to jump through in the series. First an exam she can’t prepare for that examines the deepest, darkest parts of her subconscious. And we all know her result: Divergent, which basically means everyone wants to kill you. We’d prefer an F, thank you!

Then the mother of all exams, the Dauntless entry tests. Jumping from a moving train, jumping into a shaft without knowing what’s below, hand to hand combat with crazy people, simulations that make you face your very worst fears, more jumping… And a big ranking board to show her just how hard she is falling on her face. And if she fails, she’ll be kicked out and become Factionless. At least she has Four as a tutor – we wouldn’t mind taking lessons from him! We all love a bit of Kath. Who can’t relate to her desire to sack off assessments and just write fan-fiction? If there’s a choice between getting lost in the world of Simon Snow and writing a history essay, we’d pick Simon and Baz any day. Or just forget it all and go have a coffee with Levi.

Set in an American university, Fan Girl explores all the new experiences of being a fresher but also the pressure to conform to one style of education. Kath is an incredible writer (thousands of people online agree), but her professors think of fanfiction as plagiarising. Fight the power Kath!

‘Only Ever Yours’ by Louise O’Neill

Louise’s incredible debut novel is set in a school for genetically engineered girls called Eves. Designed to be perfect, they are taught to be beautiful and desirable at all time. The best will become companions or concubines and the worst will become chastities, a fate worse than death to most Eves. To decide their fate, they must perform tests in front of their potential future husbands and be ranked by them.

Best friends Freida and Isabel are sure they’ll be chosen as companions – they are among the most highly rated Eves in their year. But as the intensity of their final year ramps up, Isabel becomes distant and does the unthinkable: puts on weight. Louise depicts the pressure to perform in such a powerful way, while also making us think very hard about society’s beauty standards.

How do you handle exams – cram loads beforehand or just wing it? Come share your woes/success stories in the comments section below.