It’s not often we have superheroes dressed in pink. In fact, it’s not that common for us to have superheroines at all. Always in the minority, and backed up with a team of hulking males (think Gamora from Guardians Of The Galaxy, or Black Widow from The Avengers), A.T. Raydan thinks it’s high time this sexist issue was addressed. And what better way than through YA lit.

Author of new superheroine story, ‘Chopstix’, Raydan tells the story of Wendy Wu, an ordinary college girl who wields chopsticks as her personal weapons in her fight for justice. Delving deeper into her family’s past, she must adjust to who she is and prepare to confront the villains amidst her own city. It’s a fun read, packed with action, and no skin-tight spandex. 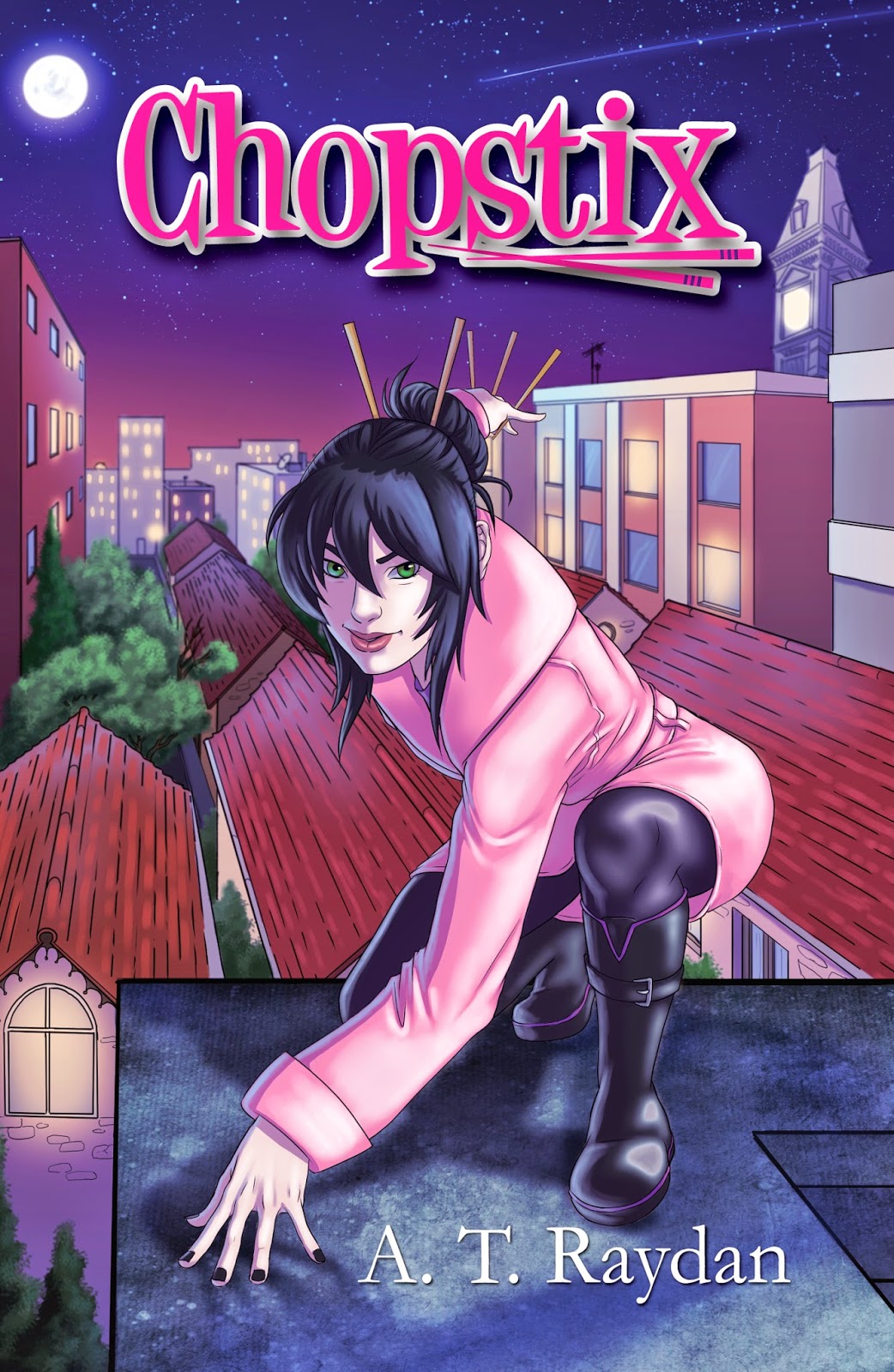 Writing for the Guardian, Raydan, points out the disparity between men and women in comics and their movie counterparts. Sure, Thor may now be a woman, and Black Widow is getting her own movie, but the levels of sexualisation and objectification still common in the realm of the superheroine are troubling at best.

“My superheroine, Chopstix, doesn’t wear tight spandex but a coat, it’s cold in New Valliant City after all. She doesn’t use her femininity to seduce her enemies, but her quick wittedness and physical strength to defeat them…

I hope this makes a small dent in the status quo. One thing is for sure, if Hollywood insists on revisiting outdated female models, it will take us authors to keep culture looking forward, not back.”

Here’s hoping for more heroines like Wendy, and lots of other women who don’t get the credit they deserve.