Which of this week’s new releases will YOU be picking up first? Let us know in the comments and you might feature in our mailer. 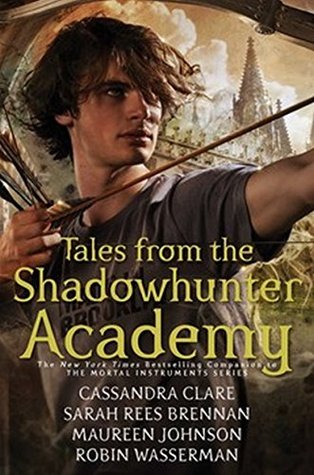 ‘Tales from the Shadowhunter Academy’ by Cassandra Clare et al

Ten illustrated stories following the adventures of Simon Lewis, star of the #1 New York Times bestselling series ‘The Mortal Instruments‘, as he trains to become a Shadowhunter.

Simon has been a human and a vampire, but after the events of ‘City of Heavenly Fire’ left him stripped of his memories, he isn’t sure who he is any more. When the Shadowhunter Academy reopens, Simon throws himself into this new world of demon-hunting, determined to find himself again. Whomever this Simon might be…

Join him on his journey to become a Shadowhunter, and learn about the Academy’s illustrious history along the way, through guest lecturers such as Jace Herondale, Tessa Gray, and Magnus Bane. The series features characters from Cassandra Clare‘s Mortal Instruments, Infernal Devices, Dark Artifices and the upcoming Last Hours series.

As Penny starts the school year she’s ready to face the world – alone. Noah has gone off the radar after ending his world tour early and no one, including Penny, knows where he is. So when she accepts Megan’s invitation to visit her performing arts school it seems like an opportunity to make some new friends.

Helping everyone else seems to be the right remedy. Elliot needs her friendship more than ever, and she meets Posey – struggling with stage fright and in need of support. But is charming Scottish boy Callum the right kind of distraction? And can Penny truly move on when Noah’s shadow seems to haunt her round every corner?

‘Fantastic Beasts and Where to Find Them: The Original Screenplay’ by J.K. Rowling

When Magizoologist Newt Scamander arrives in New York, he intends his stay to be just a brief stopover. However, when his magical case is misplaced and some of Newt’s fantastic beasts escape, it spells trouble for everyone…

Which will you be grabbing from the shelves on release day? Let us know in the comments below and we might just feature you in our Sunday mailer.