Got some free time this weekend? Want to binge watch a new show? Need something for Netflix and chill? Well, we have pulled 5 of our favourite shows and movies on Netflix that we think you would love. With everything from vampires to love stories, you can find something you from our list!

‘6 Years’ follows Melanie (Taissa Farminga) and her longtime boyfriend, Dan (Ben Rosenfield), and they figure out their futures while juggling both each other, and outside forces on their relationship. Dan struggles with graduating college and leaving his life in Texas, in addition to leaving is girlfriend of 6 years. The movie is only about an hour and a half long, and is a real tear jerker. We highly recommend this one for any of our Rom-Com lovers.

With season 7 just around the corner (literally sometime this month), we highly suggest catching up with all of ‘The Vampire Diaries’ drama.  Elena gets wrapped up in quite the situation at the end, and there is plenty of shirtless Damon Salvatore to go around. There spurring romances, and enough action to keep you at the edge of your seats, or beds. If you’ve never seen ‘TVD’, it’s about time you jump on this bandwagon, ASAP.

Another romantic comedy to keep you wishing you had a bae, ‘Stuck in Love’ follows multiple intertwined love stories that will leave you with infinite ‘aw’s’. With a stacked cast including Nat Wolff, Logan Lerman, and Kristen Bell, what else could you need? The movie touches on rekindled love, first loves, and the struggles of love. Disclaimer: May Cause Tears. 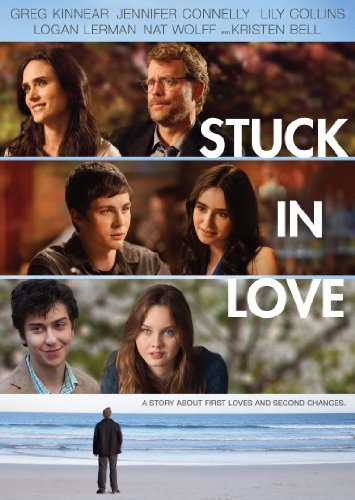 In search of a throwback movie that isn’t ‘Clueless’ or ‘The Breakfast Club’? ‘The Heathers’ is your Netflix watch for this weekend. Released in 1988, we see the timeless story of mean girls and the nice girl, but with a slight twist. Not to mention the outfits. Veronica doesn’t condone of her popular clique, The Heathers, actions, and ends up in some big trouble but we won’t spoil it for you. If you love Cher Horowitz, high school movies, and plaid suits, ‘The Heathers’ is for you.

In addition to ‘The Vampire Diaries’, ‘American Horror Story’ is coming back onto you tv’s, but this time with Lady Gaga. Although the seasons do not coincide, although producer Ryan Murphy says they’re all connected, we suggest catching up on season 4 to get a sense of the actors, and how scared you will be getting. In fact, season 4 just got released on Netflix today so you have no excuse to not go watch it.

So which one are you thinking of watching? Send us a tweet over at @maximumpop on Twitter and let us know your Netflix plans for the weekend.